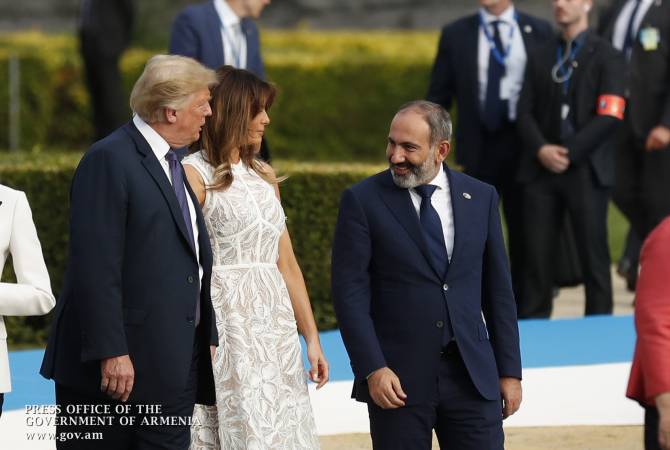 I extend my warmest congratulations to you and to the friendly people of the United States on Independence Day.

The meaning of July 4 reverberates far beyond the borders of the United States and has become a symbol of victorious struggle for independence. The founding fathers’ noble ideas of state-building have ever since been a source of inspiration for many nations in pursuit of democracy

For two years now, the Armenian authorities have embarked on a comprehensive institutional reform agenda, supposed to lead to the final establishment and irreversibility of democracy and the rule of law in our country. The fight against corruption and judicial reform stands high on our agenda.

We are grateful for the United States’ financial and technical assistance for democratic reforms in Armenia. We highly appreciate the support provided by your administration in the fight against the pandemic that has been plaguing the globe for a while now.

Armenia highly values the furtherance of friendly relations with the United States as part of the strategic dialogue established a year ago. We are committed to continued participation in the U.S.-led initiatives aimed at fighting cross-border terrorism and enhancing international security to the best of our ability. We appreciate the United States’ constructive involvement and balanced policy in the peaceful settlement of the Nagorno-Karabakh conflict.

This year marks the 100th anniversary of diplomatic relations between the First Republic of Armenia and the United States. This landmark historical fact gives our partnership a truly emotional touch. Resonating with our shared democratic values, it creates a solid groundwork for continued development and progress of friendship between our two nations.

Reiterating my congratulations, I wish the friendly people of America peace, prosperity and a swift victory in the fight against the coronavirus-driven pandemic.”