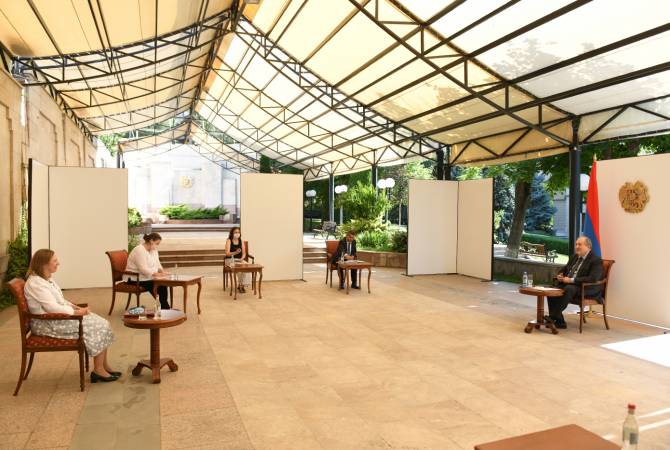 The Armenian President congratulated the US Ambassador on the state holiday, wishing success to her and the good people of the United States.

President Sarkissian expressed gratitude for the constant assistance provided by the US government to Armenia, in particular in fighting the novel coronavirus pandemic, stating that the real friendship is demonstrated in difficult times.

The Ambassador said the United States continues supporting Armenia in the development of democracy, fight against corruption, reforms in different areas and creation of an attractive business climate for investors.

The sides also discussed investments. They agreed that each investment should be protected not only by law, but also with the presence of a favorable and attractive environment.

The US Ambassador touched upon the American programs and investment opportunities aimed at developing Armenia’s economy.

President Sarkissian said the COVID-19 pandemic and its impact on the economy require quick response and flexible mechanisms for boosting investments. In this respect he considered the creation of investor’s rapid response working group as a key tool.

Highlighting the important role of the latest technologies for Armenia’s future, the President introduced the presidential initiative ATOM (Advanced Tomorrow) on science and technology development in the country and talked about the possible partnership within the frames of this initiative.