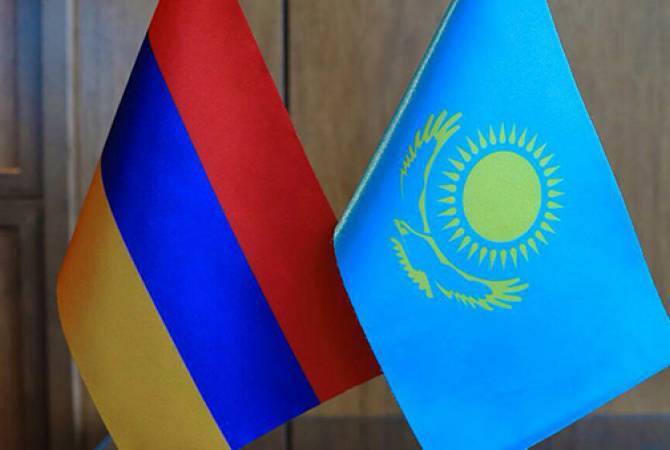 
YEREVAN, JULY 2, ARMENPRESS. The government approved the agreement on commercial cooperation between Armenia and Kazakhstan in the fields of supply of oil products to Armenia.

Minister of territorial administration and infrastructures Suren Papikyan said the necessity of signing the agreement is connected with the interest to cooperation in the delivery of oil products.

At today’s Cabinet meeting Deputy Prime Minister Tigran Avinyan added that this is an important agreement which has been debated and negotiated for nearly one and a half year.

“After the signing and ratification of the agreement an opportunity will be provided to import the Kazakh fuel to Armenia at better terms which supposes that there will be an opportunity for certain competitiveness in our fuel market. It will supposedly affect Armenia’s business market”, the deputy PM said.

Prime Minister Nikol Pashinyan in his turn stated: “Yes, it’s very important, no matter how much we say that after 2018 the monopolistic phenomena especially in the market of oil products have mitigated, but it doesn’t mean that they have been eliminated, and here we have a lot to do with protecting the rights of our consumers and boosting also the competitiveness. We should not allow any artificial monopoly in Armenia because it firstly affects the protection of consumer rights”.