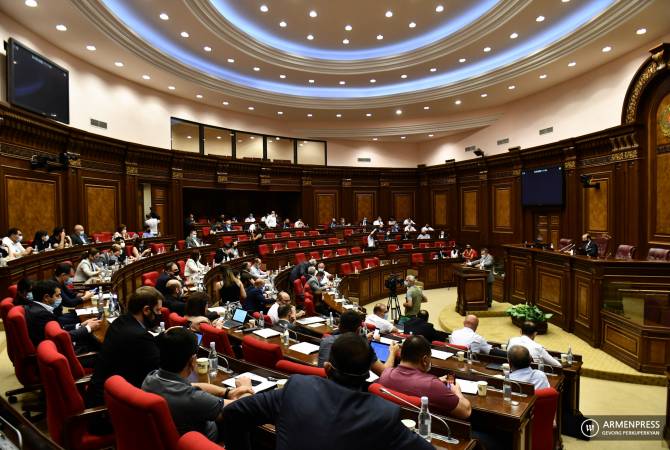 
YEREVAN, JUNE 30, ARMENPRESS. The Armenian Parliament adopted at first hearing the draft decision presented by the ruling My Step faction MPs on declaring invalid the decision to hold referendum on draft Constitutional amendments.

81 MPs voted in favor of the draft decision.

My Step faction MP Vahagn Hovakimyan reminded that the change to the Parliament’s Rules of Procedure creating a legal case for making such a decision has entered into force on June 25. “When we were discussing the package of changes to the Parliament’s Rules of Procedure, there was an impression that the referendum was cancelled at that time. But in fact, we were creating a legal set of tools in practice which would allow to cancel the referendum”, he said.

The Parliament session was not attended by the opposition Bright Armenia and Prosperous Armenia faction MPs.