COVID-19 latest updates: Global death toll is more than half a million 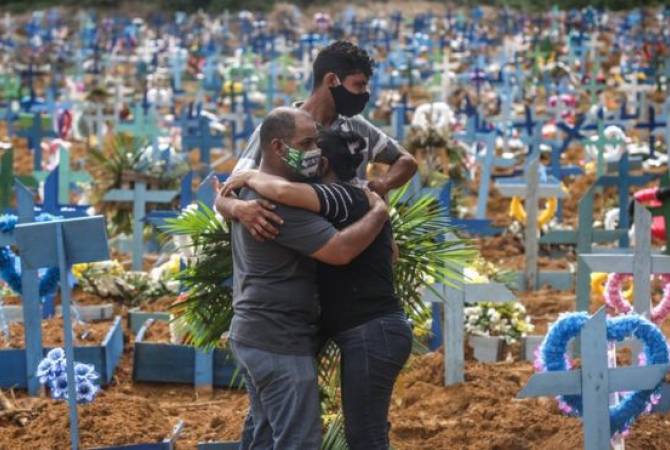 
YEREVAN, JUNE 29, ARMENPRESS. The number of people infected with the novel coronavirus (COVID-19) around the world has surpassed 10 million 279 thousand, according to the data released by coronavirus research centers.

US is leading in the world in terms of the largest number of infected people (2 million 637 thousand 409 confirmed cases). 128,443 deaths were reported.

Among the Arab states Saudi Arabia is leading with the most confirmed cases – 186,436.

Egypt surpassed the UAE, confirming a total of 65,188 confirmed cases and 2,789 deaths.

The number of infected people in the UAE is 47,797. 313 death cases have been registered here.

1,745 cases have been reported in Lebanon, the deaths comprise 34.