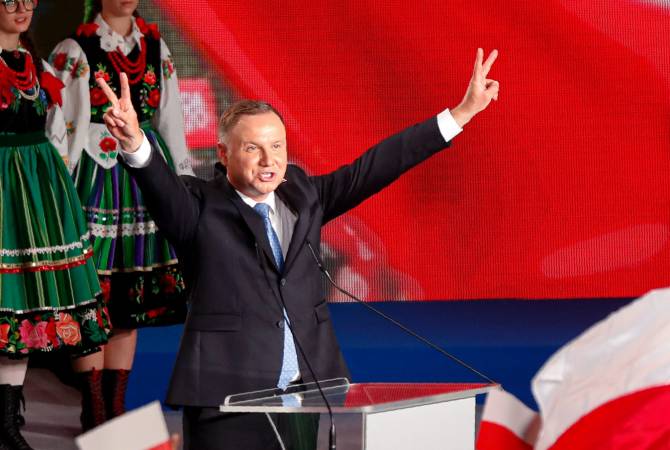 Turnout for this first round has been 62.4%, the highest in twenty years.

The ballot was initially scheduled on May 10 but got postponed because of the coronavirus pandemic.

An attempt by PiS to hold a postal ballot was blocked by the opposition-led Senate only four days to go amid transparency and legality concerns.

This is the second major election happening in Europe after the continent was struck by the coronavirus pandemic.

It follows Serbia's parliamentary election on June 21, which saw a 48% turnout.