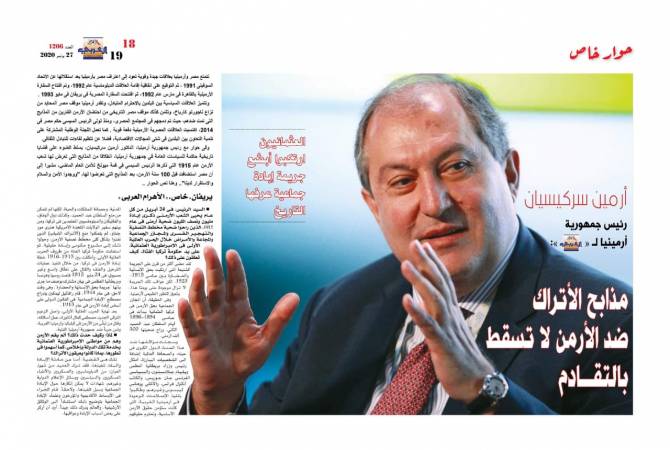 Some of these media outlets have not only covered the interview, but also republished it once again voicing the remarks of the Armenian President: “We cannot forget the Armenian Genocide and cannot reconcile with its consequences. We cannot ignore the sufferings of the victims and the survivors and we should ensure safe and dignified future for their generations”.

“It’s unfortunate that the humanity didn’t learn lessons from the Armenian Genocide, it was forgotten, remained without recognition and condemnation for a long time, which could have prevented future such crimes in the humanity’s history. And the humanity again witnessed other genocides after that”, the Armenian President said in his interview. “In my deep belief, the recognition of the Armenian Genocide is not only for us, Armenians, but first of all it’s a matter of approach towards the universal values, a matter of preventing that evil. Armenia is guided with this consciousness, setting the prevention of genocides as one of its policy priorities and taking active steps at the national and international levels on this direction”.