Bill on replacing Constitutional Court President, judges to be discussed at extraordinary session 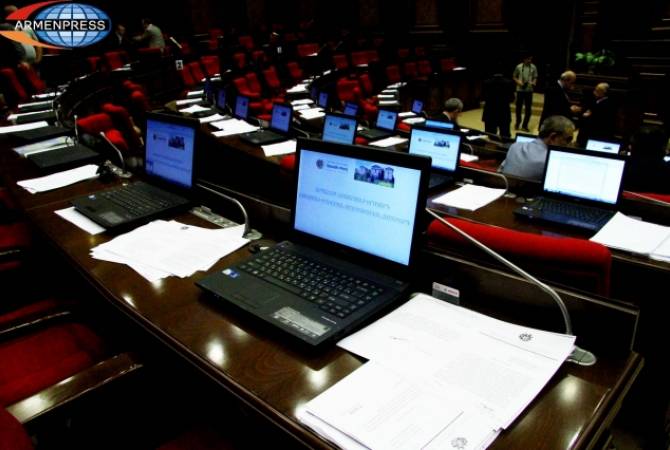 
YEREVAN, JUNE 21, ARMENPRESS. The National Assembly of Armenia will convene an extraordinary session on June 22 to discuss the bill on replacing Constitutional Court President and judges.

ARMENPRESS reports head of ‘’Bright Armenia’’ Party Edmon Marukyan said during parliamentary briefings that the extraordinary session will start at 13:00. ‘’We have already expressed our position on the bill during the discussion of the issue of holding Constitutional referendum. It’s not ruled out that we will not even participate in the session’’, Marukyan said.

More than 50 MPs representing ''My Step'' bloc have elaborated a bill allowing to replace the President and Judges of the Constitutional Court.

Earlier it had been planned to hold a Constitutional referendum scheduled on April 5, which suggested to suspend the tenure of Constitutional Court President Hrayr Tovmasyan and 6 members of the Court. The referendum did not take place due to the state of emergency declared as a result of the coronavirus.