2019 was historic year for Armenia from budgetary terms – PM Pashinyan 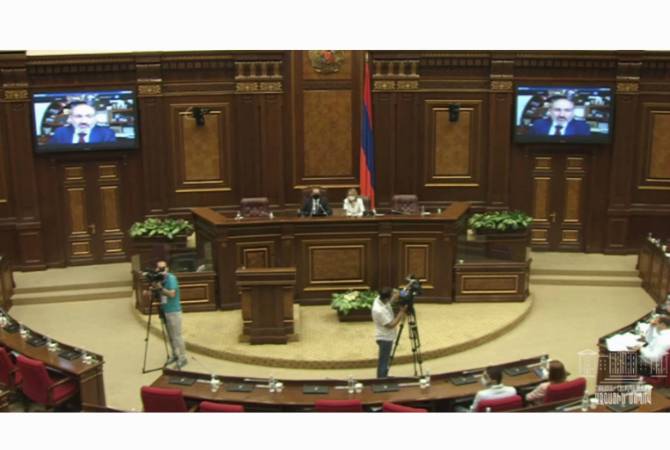 
YEREVAN, JUNE 5, ARMENPRESS. 2019 was a historic year for Armenia from budgetary terms, the government managed to generate 104 billion drams more in tax revenues than planned from the very start, Prime Minister Nikol Pashinyan said during an online joint session of the parliamentary standing committees, debating the annual report of the 2019 budget performance.

“I want to record that 2019 in terms of the budget was a historic year for Armenia as the government managed to generate 104 billion drams more in tax revenues than it was planned initially. 62 billion drams of these sums became state budget revenues, and nearly in the amount of 42 billion drams the debt of the VAT was returned, the debt which was formed before January 1, 2017. I think this was a historic event. In 2019, an unprecedented 7.6% economic growth was registered, we had a 22.35% taxes-GDP figure”, he said.

Pashinyan said this government is enjoying the opportunity of acting in historic years. The year of 2018 was historic with the peaceful, velvet Revolution in Armenia, with the unprecedented parliamentary elections in the history of the country. The year of 2019 was historic with the economic activity rates and the participation of the citizen and individual to the economy development process. The year of 2020 is at least historic in terms of the coronavirus pandemic. The PM said this year, however, there will be some economic problems due to this pandemic.