‘Never try to speak to us in the language of force’: Artsakh President to Azerbaijan’s Aliyev | ARMENPRESS Armenian News Agency

‘Never try to speak to us in the language of force’: Artsakh President to Azerbaijan’s Aliyev 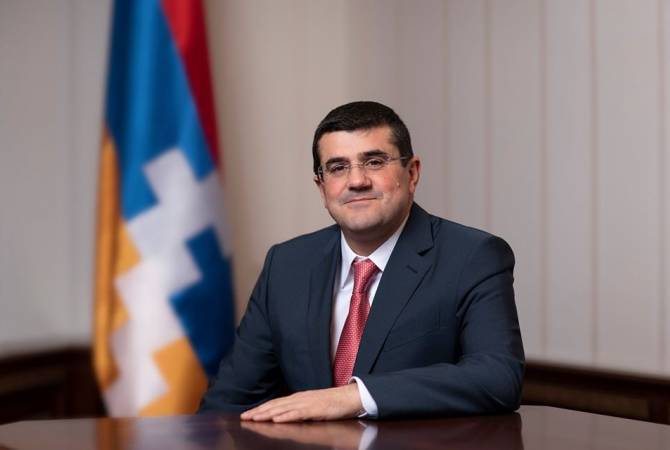 
YEREVAN, MAY 29, ARMENPRESS. The statement made by Azerbaijani President Ilham Aliyev on May 28 was not a statement worthy of a politician, President of Artsakh Arayik Harutyunyan said today live on Facebook.

“He [Ilham Aliyev] announced that the force factor is becoming a priority in the world. In other words, did you choose the path to solve the issue through force, Mr. Aliyev? We are ready. I want to assure that the results are clear to us: what you had in 1994, you will also have it today. Never try to speak to us in the language of force!” Harutyunyan said.

He said Artsakh is ready to the logical solution of the issue through peaceful means and negotiations.

“The statements you have made that it is only the stage-by-stage version, I will say the following: of course, it can be solved through stages, but only in one option: firstly – the recognition of the right to self-determination, secondly – acceptance of our security guarantees after which only negotiations. There will be no other option”, the President of Artsakh said.