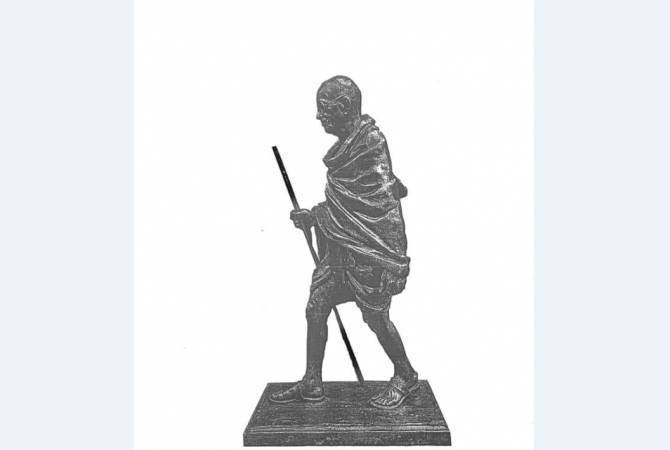 
YEREVAN, MAY 27, ARMENPRESS. The Embassy of India in Armenia has welcomed the Yerevan City Council’s decision to install the statue of Mahatma Gandhi in the city.

“It is with great joy that the Embassy of India, Yerevan greets the recent decision of the Yerevan Council of Elders to install the statue of Mahatma Gandhi being gifted by India to the city. This will be a befitting tribute to a great world leader on the occasion of the worldwide 150th anniversary celebration of Gandhiji. This will also be a symbol of the age-old historical and friendly relations between India and Armenia. It is worthwhile to mention that relations between India and Armenia have centuries old roots which go as early as 149 BC. In the medieval India, there was a vibrant and prosperous Armenian community in India. The first Armenian Church was built in 1562 in India and till date we proudly preserve the rich heritage culture and architecture of Armenia in the cities of Kolkata, Chennai, Mumbai, Lucknow and Surat. Not only Churches and other monuments, but also Armenian cemeteries are preserved in the Indian land. These symbol of friendship remained intact during troubled times of World War I. During modern times, our relations have strengthened and deepened. India was one of the early countries which recognized the independent Armenia. Our bilateral relations in today’s world are excellent which goes beyond our cultural links and covers political, economic, commercial, humanitarian, security and other aspects. India has also proudly participated in technological advancement of Armenia through the one of its kind India-Armenia Centre of Excellence in IT, in which more than one-third of total IT resources of Armenia have been trained and, which is a vital strength of Armenian economy and IT exports base. India and Armenia have a strong development partnership promoting sharing of expertise, knowledge and capacity building through Indian Technical and Economic Cooperation programmes and other scholarship programmes in India. In this context, the Embassy of India profusely thanks the Government of Armenia and the Yerevan Municipality for their adoption of the decision to install the statue of Mahatma Gandhi in Yerevan. It is a befitting tribute to Mahatma Gandhi, who belongs to entire humanity. The United Nations has declared the birthday of Mahatma Gandhi, the 2nd October as the International Day of Non-violence. It is our earnest hope that the statue of Mahatma Gandhi in Yerevan will inspire the young generation about the teachings, principles and relevance of Mahatma Gandhi and promote the cause of peace and non-violence”, the embassy said in a statement.