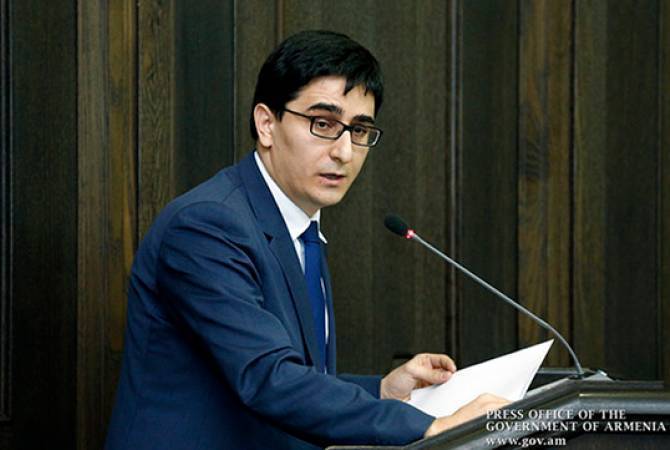 
YEREVAN, MAY 26, ARMENPRESS.  Representative of the Republic of Armenia to the European Court of Human Rights Yeghishe Kirakosyan assesses the judgement of the ECHR on the case of axing to death the Armenian officer Gurgen Margaryan while sleeping by Azerbaijani Ramil Safarov in Budapest as a great move.

‘’It’s very important to emphasize that the court recorded the violation of Article 14 of the Convention for the Protection of Human Rights and Fundamental Freedoms - Prohibition of Discrimination by Azerbaijan. This is a significant achievement. The court also recorded violation of procedural obligations for Article 2 of the Convention - Azerbaijan violated the right to life and failed to ensure the adequate punishment given the fact that it has been proved that the crime was committed on the basis of national hatred’’, Kirakosyan told ARMENPRESS.

He expressed regret that the court did not provide the attribution, which would presuppose the attribution of the crime committed by the person to the state. Kirakosyan thinks that there were enough evidences for the ECHR to give clear assessments.

The European Court of Human Rights has issued a judgement in the case of Makuchyan and Minasyan v. Azerbaijan and Hungary, concerning the presidential pardon of Azerbaijani convicted military officer Ramil Safarov who murdered Armenian officer Gurgen Margaryan in 2004 during a NATO training course in Hungary.

Margaryan was asleep in his room when Safarov attacked him with an axe.

Safarov admitted in court to having killed Margaryan because of his hatred towards Armenia and Armenians. He was sentenced to life in prison by the Hungarian court. However, in 2012 Hungary extradited him to Azerbaijan. He was released upon arrival, glorified on the state-level and pardoned by President Aliyev.

The ECHR found “that there had been no justification for the Azerbaijani authorities’ failure to enforce the punishment of R.S. and to in effect grant him impunity for a serious hate crime”.

The ECHR found that “Azerbaijan had clearly endorsed [Ramil Safarov’s] acts, not only by releasing him but also by promoting him, paying him salary arrears and granting him a flat upon his return.”

The applicants had not expected financial compensation: in an earlier interview they said they seek justice and Azerbaijan’s condemnation. They only requested the court 15,143 pounds compensation for covering the expenses of lawyers. The court found that Azerbaijan must make the payment.