‘We presented agenda of solidarity and unity’, says President of Artsakh 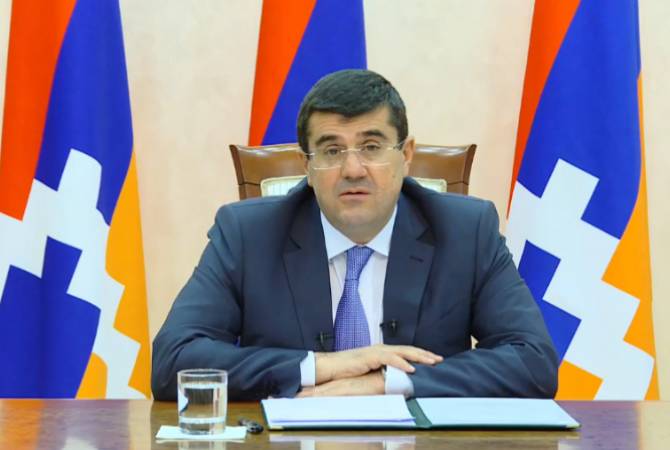 In his remarks the President said their greatest political achievement is the agreement reached with the United Homeland party and its leader Samvel Babayan, which has also been presented to the public in the form of a memorandum.

“In terms of future cooperation we have recorded quite serious success with Masis Mayilyan. Despite the fight with one another in the presidential election, we have presented an agenda of solidarity and unity”, Arayik Harutyunyan said.

He urged the other politicians not to insult the sons of Artsakh who played a role in the state-building process.

“Do not try to label the agreement reached as a result of the commitment assumed towards our nation’s future, our country. Currently we are facing a crucial time and we are not going to fulfill our mission with a position”, he said, adding that those political figures, who received the public’s trust vote, will take part in the events taking place in Artsakh with their share.

The President of Artsakh said they are ready to cooperate with all.