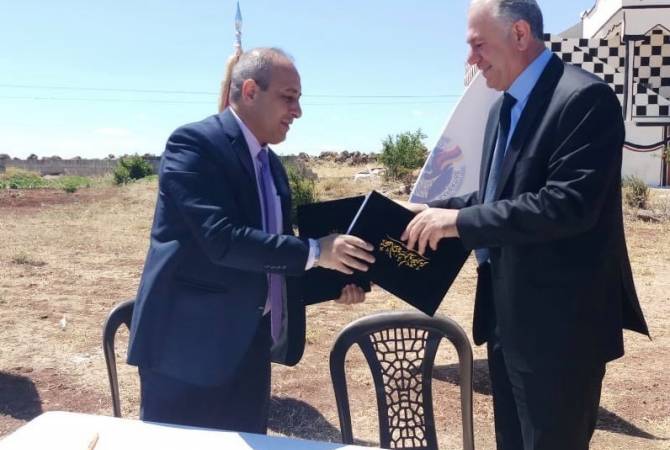 
YEREVAN, MAY 26, ARMENPRESS. On May 25, the Armenian Humanitarian Mission in Syria ceremonially handed over 51000 square meters of de-mined territory to the authorities of the Aleppo Governorate.

More than 200 munitions and sub-munitions were discovered and disposed of during the clearing operation, the Armenian Center for Humanitarian De-Mining and Expertise said.

The ceremony was attended by Aleppo Vice Governor Ahmed Yasim, Armenia’s Consul General Armen Sargsyan, the command of the Russian Center for Reconciliation in Syria deployed in Aleppo and others.

Vice Governor Yasim highlighted the de-mining work and express hope that the process will contribute to the return of Aleppo residents to their settlements. The Syrian side thanked the Armenian mission for the life-saving support, noting that it is a historic day which is once again affirming the centuries old friendship between the two peoples.

A total of 142,000 square meters of territory was cleared by the Armenian specialists since they were deployed in Aleppo.