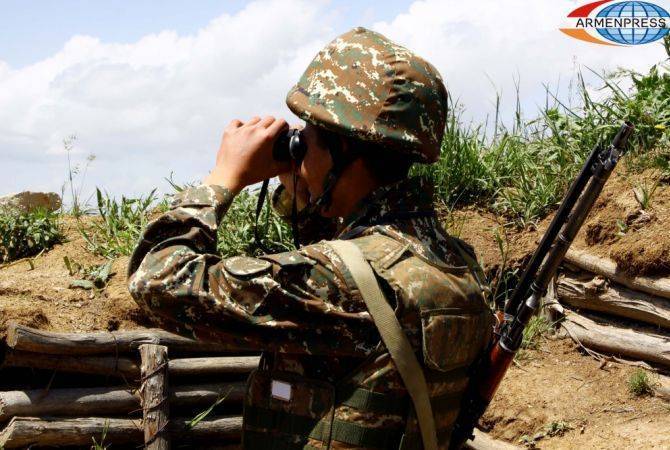 
STEPANAKERT, MAY 23, ARMENPRESS. Azerbaijan made more than 180 ceasefire violations between May 17-23 in the Artsakh Line of Contact.

The Artsakh military said the Azerbaijani forces fired around 3000 shots at their positions from various caliber small arms.

In addition to these violations, the Azerbaijani military also attempted a subversive incursion in the direction of an Artsakh military base on May 22. Azerbaijani troops suffered losses during their attack and were repelled.

The Artsakh military said they remain in full control of the frontline and take necessary steps to ensure the protection of their positions.