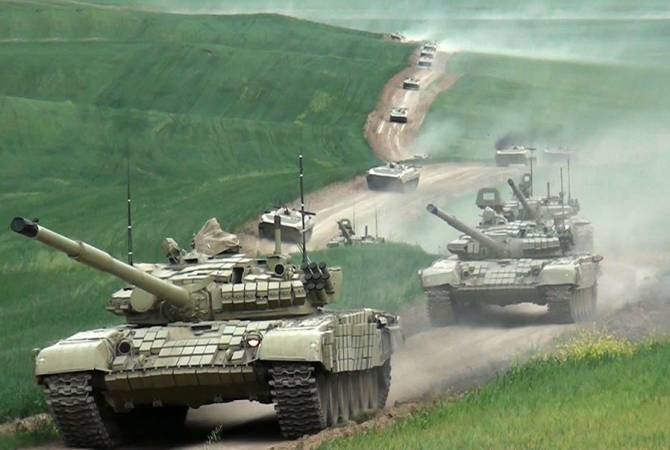 
YEREVAN, MAY 21, ARMENPRESS. A bipartisan group of U.S. Representatives joined Congressional Armenian Caucus leaders yesterday in ringing alarm bells over Azerbaijan’s large-scale military exercises this week, sharing with US leaders and international mediators their “grave concerns” that Baku’s reckless actions amidst a global pandemic can destabilize the Caucasus, ANCA reported.

“We want to thank Congressman Frank Pallone and all who joined with him in this Armenian Caucus initiative to alert the Administration and the international community to Azerbaijan’s reckless march toward a renewed regional war amid a global pandemic,” said ANCA Government Affairs Director Tereza Yerimyan. “This powerful bipartisan legislative initiative reflects and reinforces the thousands of messages that concerned Americans are sending to Washington via the ANCA’s online platform – www.anca.org/alert.”

In two separate letters – the first to Secretary of State Pompeo and Secretary of Defense Esper, and the second to the Organization for Security and Cooperation in Europe (OSCE) Minsk Group Co-Chairs – Congressional Armenian Caucus Co-Chair Frank Pallone and Congressional leaders noted that “these exercises are dangerous, violate diplomatic agreements and have the potential to destabilize security in the South Caucasus at a time when the COVID-19 global pandemic has taken hundreds of thousands of lives and threatened the health of many more.”

The letters call on the US Administration and OSCE Minsk Group Co-Chairs to publicly condemn Azerbaijan’s military exercises.

The letter to Secretary Pompeo and Esper specifically expressed concern about a $100 million allocation in US security assistance to Azerbaijan.

Azerbaijan’s Armed Forces are holding large-scale tactical military exercises this week from May 18th to 22nd. The Armenian Defense Ministry condemned the exercises noting that they “exacerbate the security environment in the region, under the conditions of a global imperative for joint actions against the COVID-19 pandemic and despite the call for UN Secretary-General Antonio Guterres to establish a global ceasefire.”