Arayik Harutyunyan sworn in as President of Artsakh 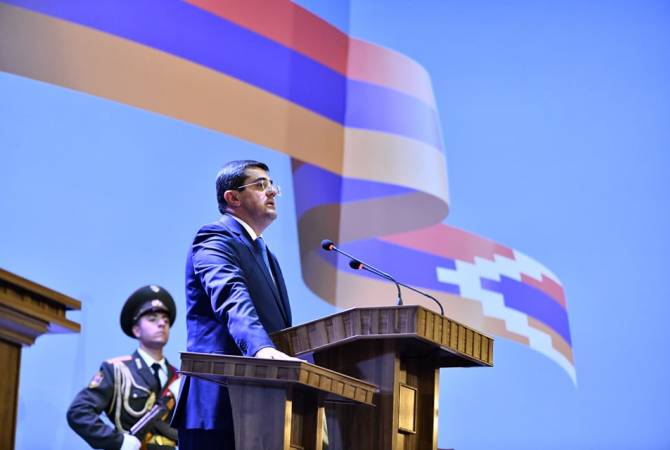 
YEREVAN, MAY 21, ARMENPRESS. Arayik Harutyunyan took the Oath of Office of President of the Republic of Artsakh at a special session of the Artsakh Parliament.

The state flag of the Republic of Artsakh, the Constitution and a 17th century Bible were brought to the hall of Shushi’s culture and youth center for the President’s oath taking ceremony.

“By assuming office of President of Artsakh, I swear to unconditionally fulfill the requirements of the Constitution, to respect human rights and freedoms, ensure the sovereignty, independence, territorial integrity and security of the Republic, for the glory of the Republic of Artsakh and for the welfare of the people of Artsakh”, Arayik Harutyunyan said.

Primate of the Artsakh Diocese Archbishop Pargev Martirosyan delivered his blessings during the special session.

Arayik Harutyunyan was elected President of Artsakh based on the results of the voting in the second round of the presidential election on April 14.