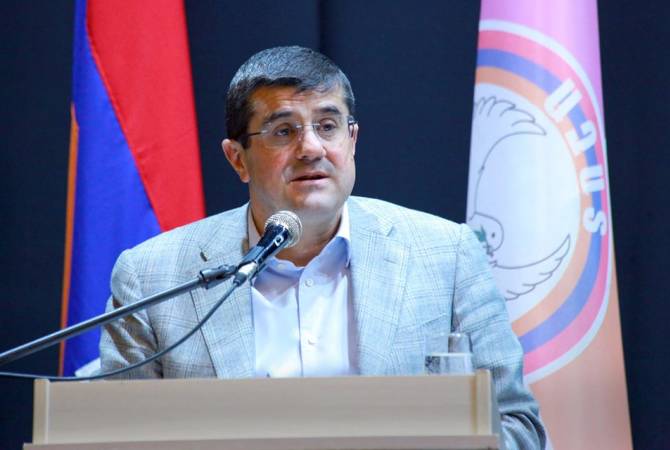 
STEPANAKERT, MAY 13, ARMENPRESS. President-elect of Artsakh Arayik Harutyunyan has revealed some of his picks for his upcoming government.

Harutyunyan said his Chief of Staff will be Karen Danielyan. Lusine Gharakhanyan will be appointed Minister of Education, Science and Sport.

Aram Sargsyan will serve as Minister of Urban Development.

He said that his Free Fatherland Alliance has held a meeting and decided to select Artur Tovmasyan as candidate for Speaker of Parliament.

The bloc’s parliamentary faction will be led by Artur Harutyunyan.