Solution must be acceptable for peoples of Armenia, Artsakh and Azerbaijan: Pashinyan on NK conflict | ARMENPRESS Armenian News Agency

Solution must be acceptable for peoples of Armenia, Artsakh and Azerbaijan: Pashinyan on NK conflict 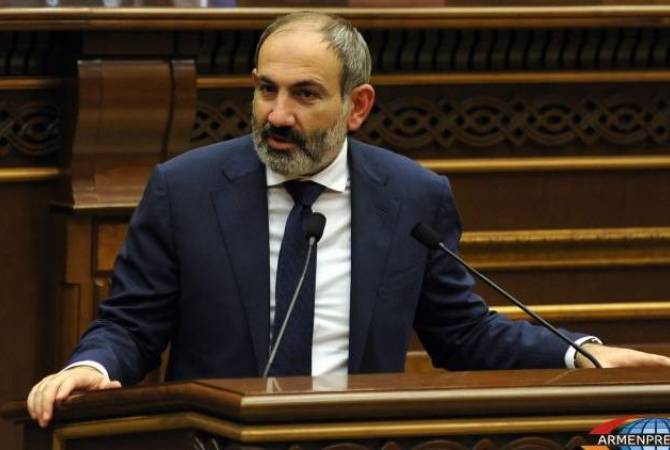 
YEREVAN, MAY 6, ARMENPRESS. Armenian Prime Minister Nikol Pashinyan reaffirms that any solution of the Nagorno Karabakh conflict cannot become a solution in practice if it is not acceptable for the peoples of Armenia and Artsakh.

During a Q&A session in the Parliament, the PM was asked to present his position on the statements of the Russian foreign minister and the Azerbaijani defense minister.

He said if in the past there have been leaderships which thought they would sign and give a solution, they have overestimated their powers.

According to the Armenian PM, the solution, which can be implemented theoretically, is the one which is acceptable for the peoples of Armenia, Artsakh and Azerbaijan.

Azerbaijani defense minister Zakir Hasanov recently stated that the possibility of resumption of military operations has increased. In turn Russian foreign minister Sergey Lavrov talked about a document proposing a stage-by-stage solution to the NK conflict.

19:52, 06.24.2022
2431 views The Chinese Ambassador to Armenia attaches importance to cooperation with Shirak Province in various fields