Coronavirus crisis in Armenia will continue until next May – PM 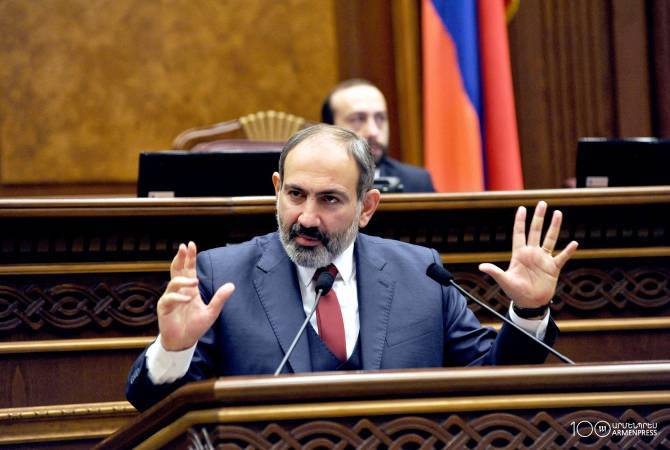 
YEREVAN, MAY 6, ARMENPRESS. The Armenian government managed to keep the socio-economic crisis caused by the novel coronavirus within the manageability framework with the help of the Parliament, but it’s still early to say that the crisis is over, the coronavirus crisis will continue at least in the upcoming year, until May 2021, Prime Minister Nikol Pashinyan said in his remarks in the Parliament.

Talking about the utility payments, the PM said they have implemented 4 programs over the utility payments. The government compensated the utility bills of the citizens by nearly 5 billion drams with the assumption that people have debts, are unable to pay and need assistance. “Of course, this is true for a major segment, but as of today, nearly 2 billion drams out of these 5 billion AMD transfers went to the accounts as an advanced payment. It’s a proved statistics that in Armenia the subscribers from poor class are the most conscientious payers of utility bills. And according to our calculations, 800 million drams has been sent to the accounts of the people of this segment as a prepayment. According to our estimates, the 1.2 billion drams were sent to the accounts of the people who do not in fact need that”, the PM said.

“I have an honor to record that the government managed to keep the socio-economic crisis of the coronavirus within the manageability framework also with the help of the Parliament. But this doesn’t mean that the citizens of Armenia continue living in the same way as they did for instance in January or February. This means that fortunately we do not have a social collapse and crisis. But it will be wrong to think that the crisis is over or is passing, the crisis is just starting. And we record that during the upcoming year, until next May, we will still have a coronavirus crisis”, he said.

According to the latest data, the number of confirmed novel coronavirus cases in Armenia has reached 2,782, out of which 1,135 have already recovered. The active cases are 1,600. The death toll has reached 40.