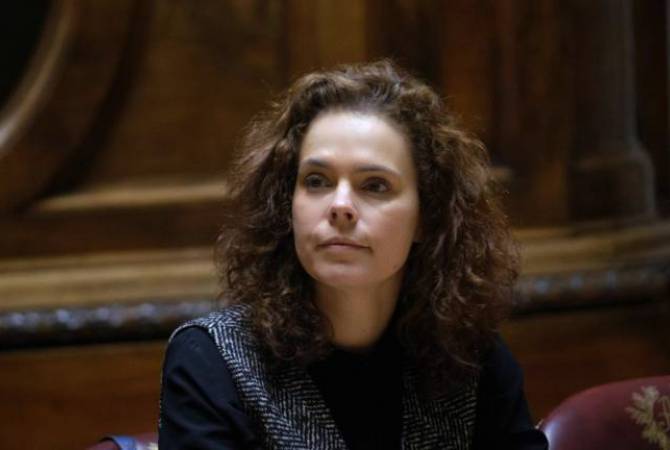 
YEREVAN, APRIL 24, ARMENPRESS. Former Member of Parliament of Portugal Rubina Berardo, who initiated the voting in the parliament for the document on recognizing the Armenian Genocide, reaffirms that a policy of memory is important to carry out, the crime of genocide cannot ignored.

Rubina Berardo gave an exclusive interview to Armenpress, commemorating the 105th anniversary of the Armenian Genocide.

-Last year when you were serving as a lawmaker, you initiated a voting in the Assembly [the parliament of Portugal] through which the Armenian Genocide was recognized. What was the driving force of that initiative?

-In such an interconnected world where we all live together, it’s important to implement the policy of memory. It’s a fundamental mechanism to constantly protect human rights. By recognizing the crimes of the past we are maintaining the memory of brutally lost lives, but at the same time we are showing the importance of human rights today to the current generations. Given that April 24 is the day before the annual celebration of the Carnation Revolution (April 25, 1974) in Portugal, the message of the Portuguese parliament was definite: democracy and human rights go hand in hand.

-Where did you first learn about this crime that took place in the beginning of the 20th century?

-During my studies in the UK I learnt about genocide, and when I first visited Armenia, I already got informed about the atrocities committed, especially when I visited the Armenian Genocide Museum in Yerevan.

-The voting in the parliament received your support and that of other political parties. Why do you think that memory is an important element for the reconciliation of peoples and protection of fundamental human values, as it is reflected in the text of the voting?

-Regardless of different ideologies, all parties of the Portuguese parliament are supporters of democracy, and therefore, the crime of the genocide cannot be ignored. Even if the reality is away from us geographically, this interconnected world connects us with each other. This year the world is holding a joint global fight, and I wish the Armenian people an ability to overcome the COVID-19 pandemic and I am looking forward to the day when I will again be able to visit to your beautiful and interesting country.

The parliament of Portugal adapted a resolution on April 26,2019, recognizing the Armenian Genocide. It's mentioned in the resolution that on April 24, 1915 nearly 250 Armenian intellectuals and public figures were jailed and later killed. The number recorded as victims of the genocide varies from 800 thousand to 1.5 million. ''The systemic extermination of Armenians by the Ottoman leadership is assessed by the international community of historians the 1st genocide of the 20th century'', reads the text. The resolution also notes that though the Ottoman courts-martial convicted the organizers of the genocide to death penalty in 1919-20, the verdicts were never implemented. The resolution also notes that other Christian minorities also fell victim to the genocidal policy of the Ottoman Empire.

Interview by Anna Grigoryan; Editing and Translating by Aneta Harutyunyan