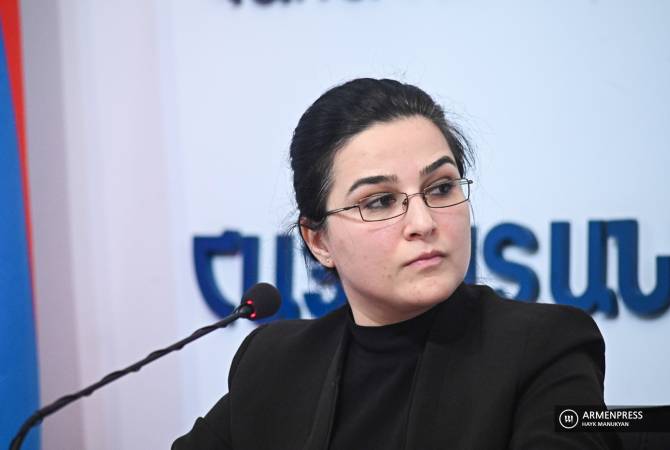 
YEREVAN, APRIL 9, ARMENPRESS. Armenian foreign ministry spokesperson Anna Naghdalyan has explained how they’ve managed to organize the transportation of Armenian nationals from Turkey amid the coronavirus crisis in conditions of closed borders and absence of diplomatic ties. She also addressed the Armenian Patriarchate of Constantinople’s news release which mentioned that Turkish leader Recep Tayyip Erdogan has proposed to assist Armenia in fighting the outbreak.

ARMENPRESS: As reported earlier, the return of Armenian citizens from Turkey has been organized. How was it possible to organize this process in conditions of closed borders and absence of diplomatic relations?

Answer: As you know, Armenia is taking all possible measures in the direction of ensuring the return of our citizens to Armenia and the transportation of our citizens who have found themselves in difficult situations in countries that have been hit the hardest by the pandemic is especially prioritized. That is why it was decided to transport our citizens who were in Turkey and who had expressed desire of returning.

Nearly 100 Armenian nationals in Turkey have contacted the Armenian foreign ministry. By the efforts and financing of the Armenian foreign ministry the transportation of seven dozen Armenian nationals who have expressed willingness to return is being organized through Georgian territory, who will be quarantined for 14 days upon arrival. The transportation is agreed upon with relevant Turkish and Georgian services, whose assistance is appreciated.

ARMENPRESS: The news release issued by the Armenian Patriarchate of Constantinople mentions that Turkey is planning to provide assistance to Armenia for the fight against the coronavirus.

Answer: We are familiar with the news release of the Armenian Patriarchate of Constantinople about the telephone conversation with the Turkish President. As a third party, we will refrain from commenting unofficial information. Anyhow, such a matter doesn’t exist on the agenda.