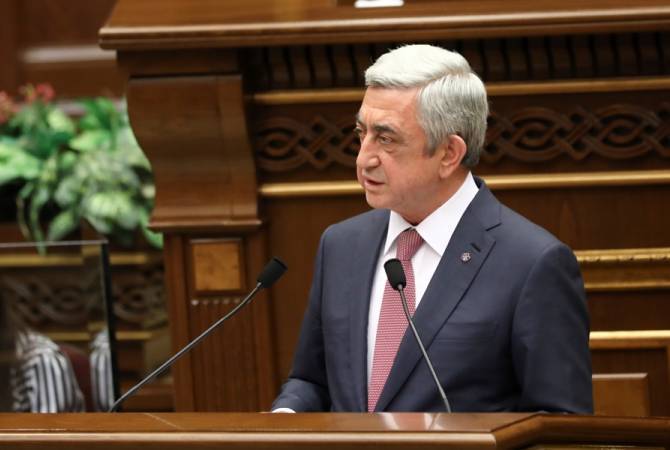 
YEREVAN, APRIL 9, ARMENPRESS. Former President Serzh Sargsyan’s request on being allowed to have a copy of the video recording of his upcoming testimony at a parliamentary committee hearing investigating the 2016 April War circumstances has been granted, the 3rd president’s office said in a news release.

Sargsyan is expected to make an appearance on April 16th at the parliamentary ad hoc committee probing the circumstances of the clashes.