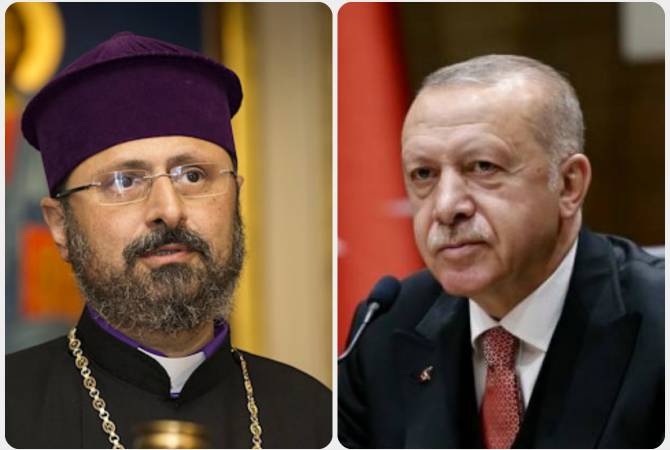 
YEREVAN, APRIL 9, ARMENPRESS. Patriarch Sahak II Mashalian of Constantinople and President of Turkey Recep Tayyip Erdogan held a phone conversation amid the COVID-19 outbreak, according to a news release issued by the patriarchate.

During the April 8 telephone conversation, President Erdogan asked Sahak II about the state of affairs of the patriarchate and the Turkish-Armenian community, according to the news release.

Erdogan thanked the patriarch for the latter’s contribution in the fundraiser-campaign for the coronavirus response, according to the news release.

The Turkish president told the Patriarch that he has facilitated the possibility of return of Armenian nationals to Armenia, referring to the 100 Armenian citizens who are being transported by land from Istanbul.

The Armenian government has ensured the leasing of the vehicles, but due to the closed borders with Turkey the buses will travel via Georgian territory, which required permission from Turkish and Georgian authorities.

According to the news release, Erdogan has expressed willingness to assist Armenia with the provision of medication.