Over 400 Armenian citizens return from Russia 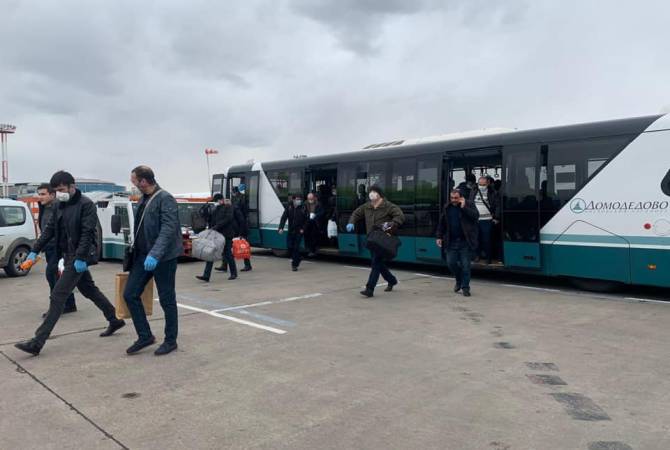 
YEREVAN, APRIL 7, ARMENPRESS.  Over 400 Armenian citizens returned from Russia by 2 charter flights conducted by Red Wings Airlines on April 6 and 7, ARMENPRESS was informed from the Facebook page of Foreign ministry of Armenia.

''Considering the financial situation of some of the citizens, 150 free tickets was possible to provide them. We are thankful to all our compatriots who contributed to the purchase of the tickets for the our citizens'', reads the statement, adding that all of them will be quarantined for 14 days.

Nearly 200 other citizens, who were unable to return, have been accommodated in four hotels under the coordination of the Embassy. Nearly two dozen citizens refused to go to hotels, preferring to stay at Domodedovo airport.