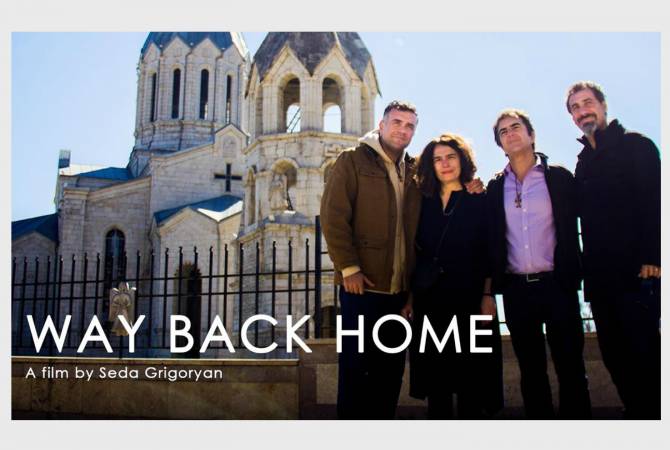 Arsinée Khanjian made on a note on Facebook on the online premiere of the movie. “On April 2, 2017, parliamentary elections were held in Armenia. Responding to the alarms of our compatriots who feared that the elections would be rigged, together with Serj Tankian, Atom Egoyan, Vahe Berberian and Eric Nazarian we formed the Justice Within Armenia initiative in Diaspora and arrived in Armenia on the eve of the elections to carry out an observation mission.

Back in 2016, when I witnessed the violence against peaceful protesters on Khorenatsi Street and was detained by the police, it became clear to me that it was our duty to stand by the citizens of the Republic of Armenia and make their voice heard. The observation mission was a big challenge for us. We had never taken such a civil step in our homeland. But it was also a great opportunity to participate in the changes taking place in our country.

It was very important for me to talk to the Armenians living in the village and in the city, to listen to their concerns, to understand their problems. We traveled to the regions of Armenia, met with the representatives of the civil society and recorded the realities we saw. Unfortunately, our disappointment was great on those days, there was no strength to analyze the events, and we continued our journey in Artsakh, where we found peace of mind and soul, alongside Artsakh artists and soldiers guarding the border”.

Seda Grigoryan's documentary "Way Back Home" tells about the visit of Serj Tankian, Atom Egoyan and Arsinée Khanjian to Artsakh, as well as the talk of the actress with the people.

The film has participated in a number of film festivals and won the Best Short Documentary Film Award at the Pomegranate Film Festival in Toronto, drawing attention to the human rights issues in Armenia in those days.