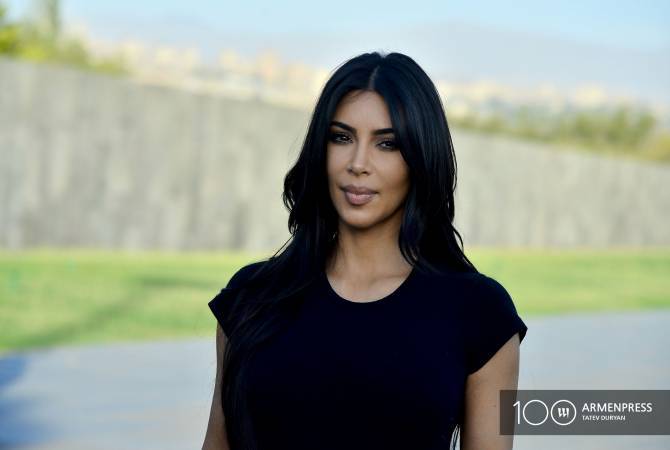 This time she posted a lot of notes, photos and the Armenian flag on her Twitter account about her last trip in Armenia, releasing details from the journey, sharing the posts of other users on the link between her and Armenia, calling the repetition of this trip a dream.

Armenpress presents some of these posts:

Most of the posts of the past 6 hours are about Armenia.

“Our trip to Armenia was the best”, Kim Kardashian said. She also posted her photo on Gradient app which guesses DNA Ancestry by photo, and the result showed that Kardashian is 47% Armenian by ethnicity, 29% - Irish, 20% - British and 4% - Spanish.

Some users also posted photos from Kardashian’s Armenia trip, especially the baptism of her kids in the Mother See of Holy Etchmiadzin. One of the users said: “Kim always shows mad love to the Armenian fans. I respect that so much! She doesn’t forget her roots”. Kim shared this post and wrote: “I love them so much!”

“Visiting the Armenian Genocide memorial and visit the museum was one of the most insightful experiences. A huge eye opener. I learned so much about the history of the Armenian people”, Kim Kardashian told her followers on Twitter.

She also remembered her meeting with the Armenian President. “What an honor to have dinner with the President of Armenia, President Sarkissian and the First Lady!”

User Noemye West wrote: “Kim cares so much about Armenia, the Armenian people and the Armenian Genocide! She’s always trying to let the world know she’s a proud Armenian!”

One of the users was interested whether the 3 girls (meaning the Kardashian sisters) plan on going back to Armenia together, with all kids, Kim Kardashian said in response: “This would be a dream!”

The American E! TV aired the Armenia episode of Keeping Up With The Kardashians.