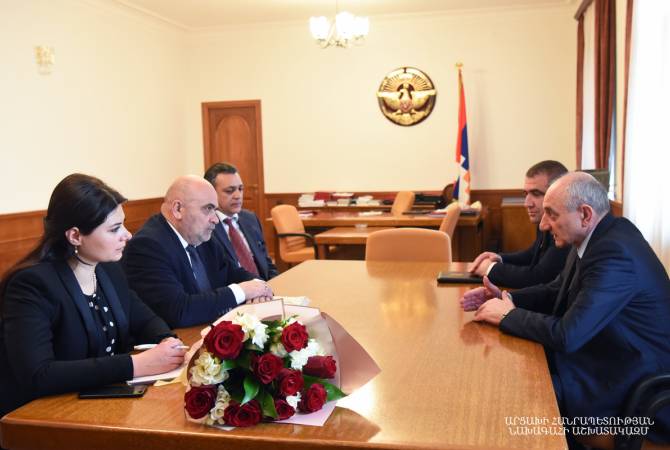 Issues related to the cooperation of Armenia and Artsakh in the sphere of telecommunication were discussed during the meeting.

The meeting was also attended by chairman of the Artsakh Republic State Commission on Regulating Public Services and Economic Competition Michael Virabyan.

Bako Sahakyan welcomed the monitoring of TV and radio companies conducted during the pre-election campaign within the framework of the cooperation between the regulatory bodies of the two Armenian states qualifying it significant and demanded.