Artsakh goes to second round to elect president 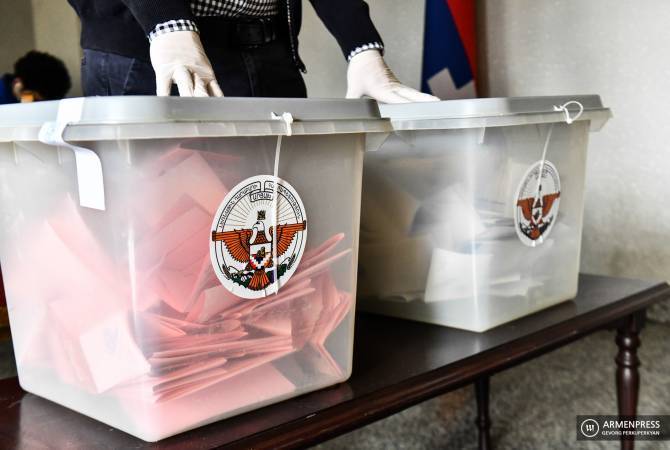 
YEREVAN, APRIL 1, ARMENPRESS. Artsakh’s presidential election are set to go for a second round as the March 31 polls saw none of the candidates garnering more than 50% of votes, the country’s election board announced while presenting the preliminary results.

Arayik Harutyunyan, a former Cabinet minister and the leader of the Free Fatherland Party, garnered most of the votes - 36076 votes or 49,26%. Incumbent foreign minister Masis Mayilyan garnered 26,4% of votes. The third most popular candidate in the polls was Vitaly Balasanyan with 14,7%. The other candidates gained little votes.