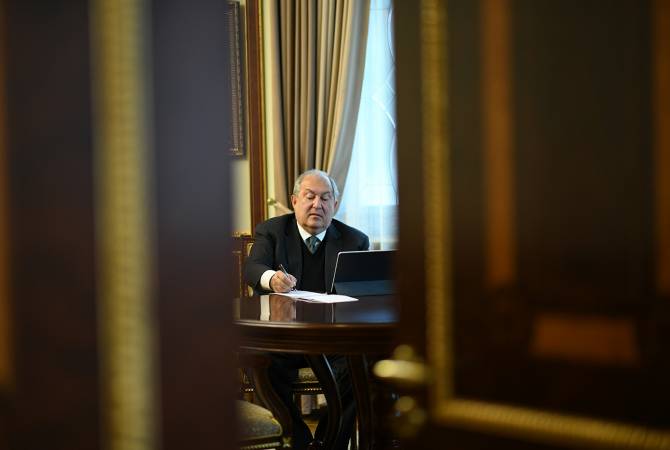 The Armenian President and the German Ambassador exchanged information about the current situation in the two countries caused by the spread of the novel coronavirus (COVID-19), as well as the actions being taken to prevent, overcome and treat the disease.

The Armenian President conveyed his greetings and wishes to German President Frank-Walter Steinmeier, expressing hope that his official visit to Armenia this year in September will take place. In this regard the Ambassador said the German President’s visit is on the agenda. President Sarkissian also conveyed his best wishes to his good friend, Chancellor Angela Merkel, whom he knows for many years, since 1990s.

The sides also discussed the possible joint actions in fighting the COVID-19. President Sarkissian proposed to consider the possibility of Germany’s providing assistance to Armenia, in particular, delivering protective means, medical uniform, as well as other respective items.

Highly appreciating the German engineering experience and knowledge, the President said in case of possibility he is expecting the consulting of the Germany companies, as well as the possibility to establish a joint production of lung ventilation devices in Armenia.

The Armenian President said that he had discussions on this topic with a number of German research centers, as well as major companies, in particular with Siemens. The program aims at developing artificial intelligence in Armenia in cooperation with the international partners.