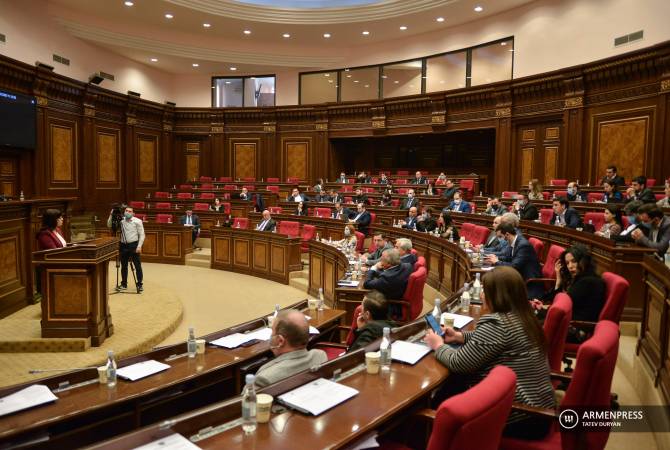 
YEREVAN, MARCH 31, ARMENPRESS. The Armenian parliament voted down the government-authored bill on authorizing the use of location data of confirmed coronavirus cases for contact tracing.

The bill received only 65 votes in favor, while 67 was needed to for it to pass.

Despite many assurances from the justice minister that the method will not anyhow record or interfere with contents of calls and messages, both opposition parties had strongly disapproved the bill.

However, some of the ruling bloc’s lawmakers had left the session before the voting began.

The bill had passed first reading on March 30 and underwent amendments before this final vote.

Independent lawmaker Arman Babajanyan, who voted down the bill during the first reading, voted in favor this time, citing the growing number of coronavirus cases in the country. He also called on the opposition to vote in favor.

Parliament Majority Leader Lilit Makunts said the opposition’s move has contributed for the healthcare system to get “paralyzed”.