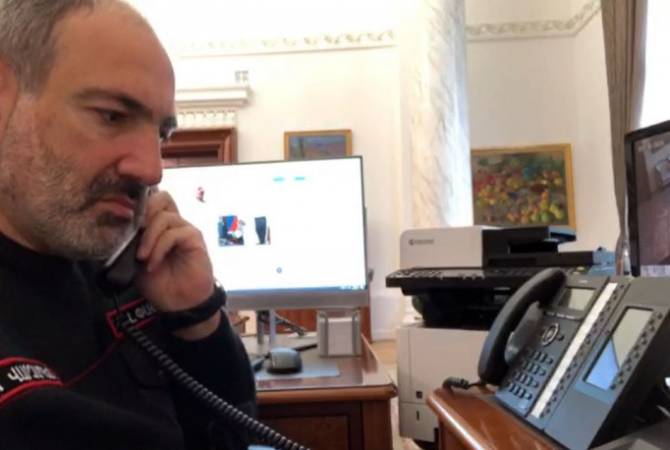 
YEREVAN, MARCH 28, ARMENPRESS. The Armenian government is preparing several decisions for the anti-crisis actions, Prime Minister Nikol Pashinyan said in a video released on Facebook when he was telephoning citizens and was interested in their social problems during the current state of emergency.

“Currently I am looking for representatives of certain social layers in order to make our actions more targeted. Following yesterday’s talk we had a discussion with our economic working group, and that phone talks certainly affected the process of our discussions. Currently we are preparing several decisions on anti-crisis actions. We will try to be maximally addressed and effective”, the PM said.

He said the efficiency in this process is the most important issue as during the process of providing assistance there can be groups which will concentrate the circulated support.

“We know that when an assistance is provided during a crisis, very flexible, small groups always appear which manage to concentrate the circulated support with various measures. Now our task is to make these sums and support targeted, addressed, reach the people who really need it”, Pashinyan said.