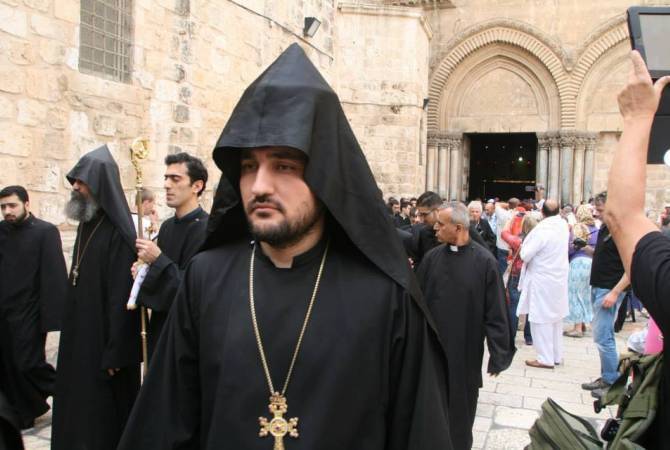 
YEREVAN, MARCH 6, ARMENPRESS. For the first time since 1967 the police of Israel fined a young man for spitting at an Armenian clergyman in Jerusalem, Chancellor of the Armenian Patriarchate of Jerusalem Koryun Baghdasaryan said on Facebook.

“We are pleased to inform that for the first time since 1967 the police of Israel made a decision to fine a law-abiding citizen for spitting at an Armenian clergyman. The incident took place a year ago. A Jewish young man, when he saw the Armenian clergymen in Old City of Jerusalem, spat several times at one of them. The man was immediately surrendered to the police accompanying the procession, and then the clergyman applied to the police over the case. After questioning and receiving eyewitness reports, on March 5 the police officially notified the Armenian clergyman in a letter that they made a decision to fine that Jewish man 1500 Shekels [over 205,000 AMD or 435 USD]”, Koryun Baghdasaryan said.