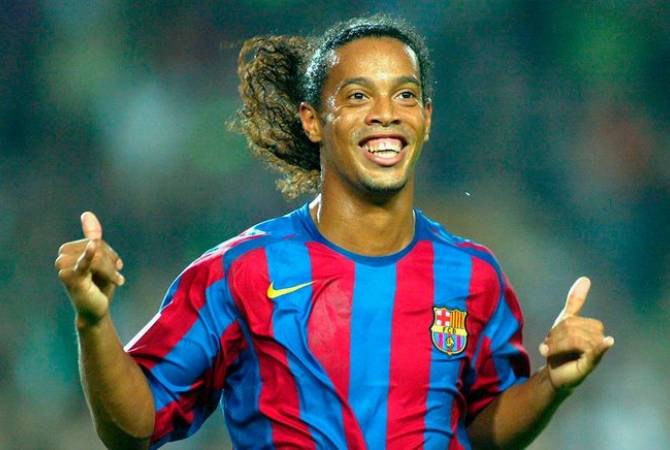 Ronaldinho and his brother are now being held by police at a hotel in Asuncion.

“[The brothers] are not being detained, they are still under judicial investigation and they have to testify. Then it will be decided whether they will be arrested or not,” Paraguay's Interior Minister Euclides Acevedo told ESPN Brasil late on Wednesday.

Acevedo says the two men are now cooperating with the investigation, but are not free to leave the country until they provide testimony in the form of a deposition, set for 8am on Thursday morning local time. Both insist they are innocent, arguing they were deceived by a local “businessman.”

The minister added that Paraguayan authorities had confirmed that Ronaldinho has pending charges back in his native country, though did not provide further details, according to local media.

While the circumstances surrounding the forged documents remain unclear, Ronaldinho’s own passport was confiscated by the Brazilian government in 2018, after the footballer was fined some $2.3 million for building structures off the coast of Lake Guaiba, in southern Brazil, without permission. It is unknown whether the two incidents are related, RT reported.