Turkish soldiers were with ‘terrorist groups’ when they were hit by Syrian military, says Russia | ARMENPRESS Armenian News Agency

Turkish soldiers were with ‘terrorist groups’ when they were hit by Syrian military, says Russia 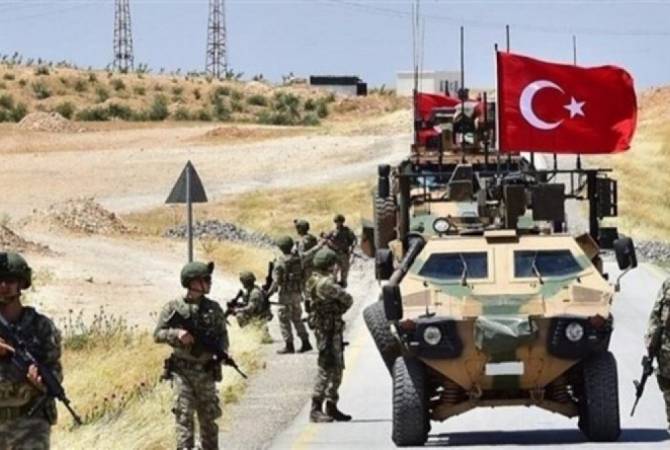 
YEREVAN, FEBRUARY 28, ARMENPRESS. The Turkish troops who were killed in a raid were acting inside “combat units” with jihadist militants in Idlib province when they were targeted by a Syrian government airstrike on Thursday, the Russian military said, according to RT.

The airstrike was carried out when the Syrian Army was repelling a large-scale offensive by terrorist group Hayat Tahrir al-Sham (HTS), an offshoot of Al-Qaeda in Syria, inside the Idlib ‘de-escalation zone,’ the Russian military said on Friday, according to RT.

“Turkish servicemen inside the combat units of terrorist groups came under fire from the Syrian military on February 27 near the town of Behun,” RT quoted the Russian military’s statement.

The Defense Ministry said that the Russian Reconciliation Center for Syria was in constant contact with Ankara, “regularly” requesting and receiving information on the whereabouts of Turkish troops. And, according to the data submitted by Turkey, there were no Turkish soldiers near Behun when the Syrian Army was fighting terrorists there.