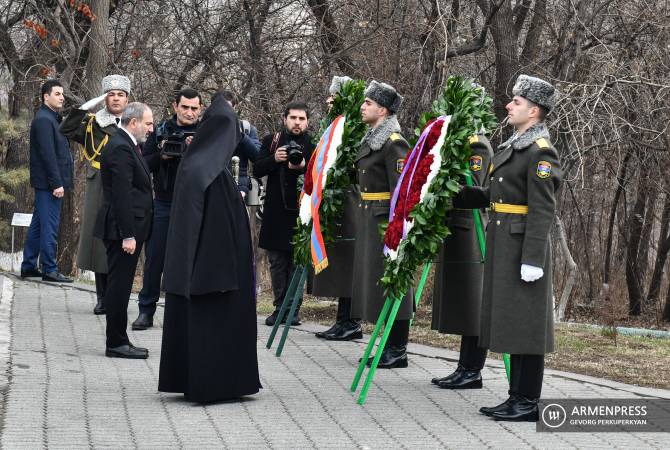 
YEREVAN, FEBRUARY 28, ARMENPRESS. Prime Minister of Armenia Nikol Pashinyan today visited the Tsitsernakaberd Memorial to pay tribute to the memory of the innocent victims of the tragedy that took place in Sumgait on February 27-29, 1988.

The PM was accompanied by deputy prime minister Mher Grigoryan, Catholicos of All Armenians Garegin II, Secretary of the Security Council Armen Grigoryan, Chief of the General Staff of the Armed Forces Artak Davtyan, acting Police Chief Arman Sargsyan and other top officials.

February 28 marks the 32nd anniversary of the massacres and deportation of the Armenian population conducted by Soviet Azerbaijan at the state level.