All measures taken to prevent coronavirus in Armenia 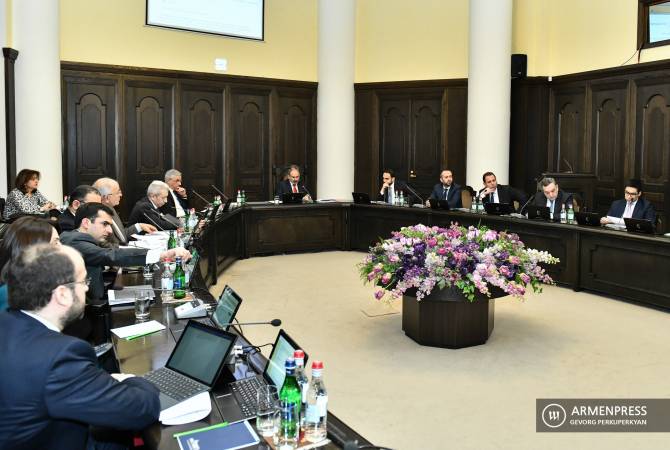 
YEREVAN, FEBRUARY 27, ARMENPRESS. During today’s session the members of the Cabinet of Armenia firstly discussed the ongoing actions aimed at preventing the spread of the novel coronavirus before passing to the agenda.

Minister of Healthcare Arsen Torosyan introduced details about the spread of the virus in the world and the region and stated that today he talked to his Georgian counterpart over phone, and the latter informed that the first case of coronavirus confirmed in Georgia has been imported to the country from another country. “This person and 4 others who communicated with him have been put in isolation”, the minister said.

Prime Minister Nikol Pashinyan added that all necessary measures are being taken to prevent the disease, and Armenia continues living in its normal course. “The public should be convinced that they will be notified in case of any concerning information”, the PM said, adding that major preventive measures have also been taken in the Armed Forces and urged the parents of soldiers to understand the situation.

“The Armenian citizens should be convinced that hiding any case is impossible, I know that in such cases those who spread panic become more, but be confident that the government will in no way hide any information from the public if there is any case”, the PM said, adding that at the moment there is nothing to worry about in that regard.

In his turn deputy PM Tigran Avinyan stated that if, in any case, the virus enters into Armenia, all preventive measures are already taken, even in much better way compared to many other developed countries.