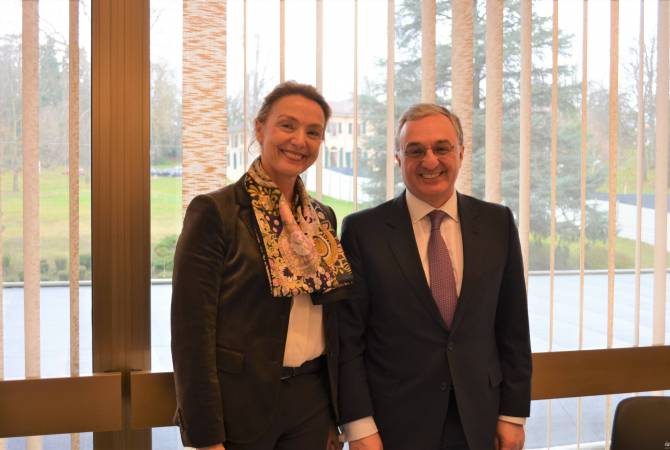 
YEREVAN, FEBRUARY 26, ARMENPRESS. Foreign minister of Armenia Zohrab Mnatsakanyan met on February 25 with Secretary General of the Council of Europe Marija Pejčinović Burić in Geneva on the sidelines of the 43rd session of the UN Human Rights Council, the ministry told Armenpress.

The officials exchanged views on jointly countering the challenges aimed at strengthening democracy in Europe and making joint efforts to raise the efficiency of the CoE activity.

Coming to the achievements and shortcomings in the field of human rights, minister Mnatsakanyan highlighted the universal nature of human rights, the protection and promotion of these rights within the whole European continent, including in the conflict zones.

The FM introduced the CoE Secretary General on the agenda of democratic reforms launched by the Armenian government.