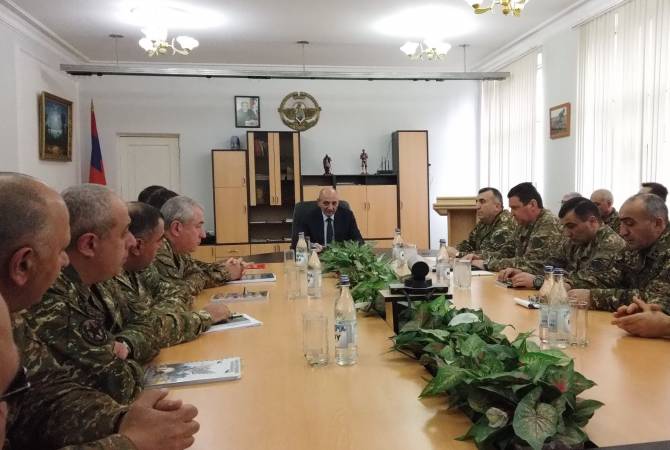 Bako Sahakyan rated high the professionalism of major-general Jalal Harutyunyan, noting his extensive experience in troop management and wishing him success in a performing his duties.

Chief of the General Staff of the Republic of Armenia Armed Forces Artak Davtyan and other officials were present at the event.