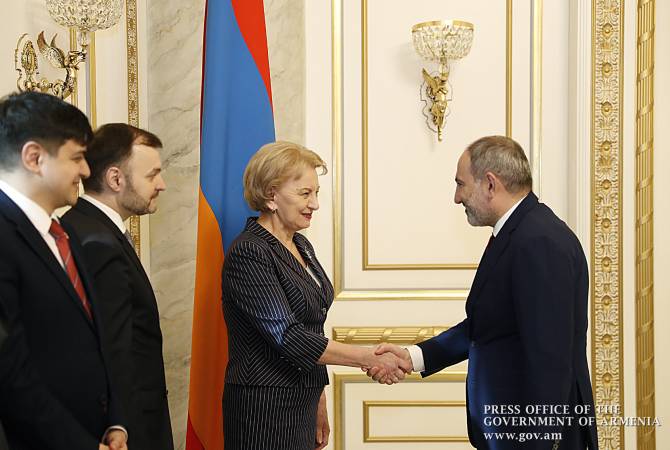 Pashinyan welcomed Mrs. Greceanîi’s visit to Armenia, adding that recently high-level meetings and mutual visits are frequently taking place between the two countries. According to the PM, this shows that Armenia and Moldova are interested in developing and expanding the bilateral cooperation in various areas. “I am planning to pay an official visit to Moldova. Before that the bilateral inter-governmental commission will work on the agenda to make the visit more effective. There are high-level political relations between our countries, and we need to work to boost also the mutual economic cooperation”, the Armenian PM said, also highlighting the holding of business forums aimed at boosting business ties. Pashinyan attached importance to the development of the Armenian-Moldovan inter-parliamentary cooperation which will contribute to the strengthening of not only political, but also humanitarian and cultural ties.

The Moldovan Speaker of Parliament thanked for the warm welcome and stated that her country is interested in giving a new impetus to the partnership with Armenia not only in political, but also economic sector. She introduced the changes taking place in Moldova’s economy and legislative field and thanked the Armenian government for the readiness to share their experience in justice reforms.

At the meeting the sides also discussed other issues relating to the bilateral relations.