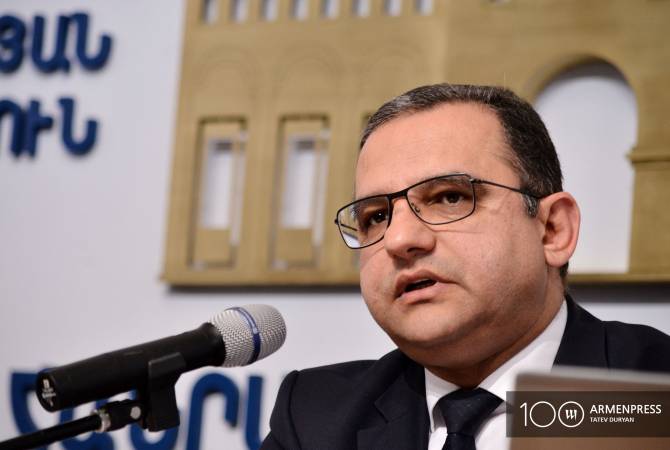 In 2019, Armenia recorded 7,6% growth – the highest growth in Europe and among Eurasian Economic Union countries.

ARMENPRESS: What measures made this indicator possible?

Khachatryan:  A few important notes in this regard. First of all, I am very happy that the manufacturing branch, which was always in the center of our discussions and attentions during the year, greatly contributed to the GDP growth, with 10,2%. More importantly, the process manufacturing grew this year and recorded the highest share in the GDP structure since 2008 – 12,1%. This is a very important achievement: the process manufacturing became the main leader of Armenia’s economic growth. The government’s economic policy priorities include for the process manufacturing to be competitive, in line with the modern world demands and to create quality workplaces. I believe we are heading in the right direction in this context. Another indicator testifying this is the 10,3% growth of goods and services exports, which too became one of the main leaders securing growth.

He said the 7,6% growth meets the expectations that the government had for the year.

Khachatryan also pointed out the hospitality and public food services with the more than 27% growth.

“Another noteworthy chance in relation to the economic growth peculiarities is the indicator of the financial sector and insurance service: the economic brokerage role is increasing, and we believe this is the foundation which must be strengthened and contribute to the sustainability of further growth”, he said.

Khachatryan said they have been clearly instructed by the Prime Minister Nikol Pashinyan to make all efforts in order for 2020 to be “no less effective than 2019”, with at least 8% growth.