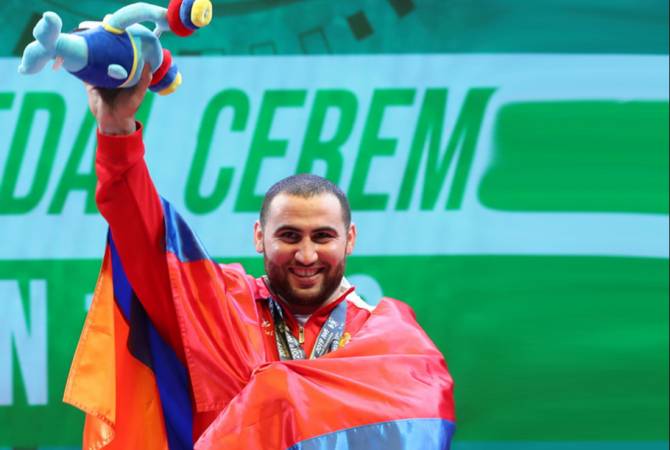 
YEREVAN, FEBRUARY 21, ARMENPRESS. Armenian Olympic weightlifter Simon Martirosyan has been named 2nd in the IWF 2019 Lifter of the Year selection.

Georgian Olympic and European champion Lasha Talakhadze won the Lifter of the Year title with 17084 votes.

He is also expected to be awarded an Olympic gold for the Rio 2016 games because of Ruslan Nurudinov’s doping results.