Authorities do not wage hate propaganda, they are victim of it – PM Pashinyan | ARMENPRESS Armenian News Agency

Authorities do not wage hate propaganda, they are victim of it – PM Pashinyan 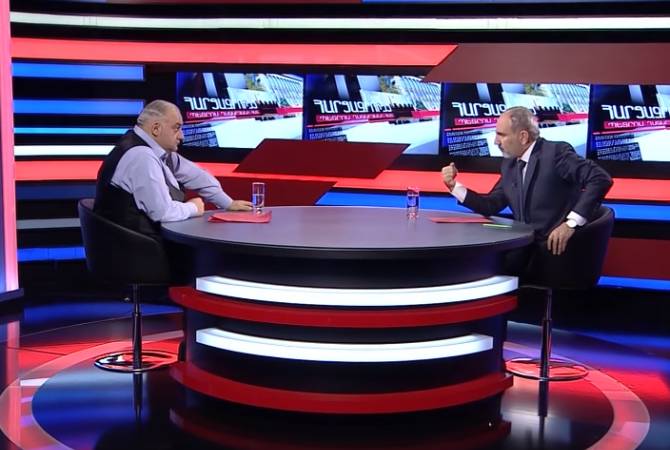 
YEREVAN, FEBRUARY 20, ARMENPRESS. Prime Minister of Armenia Nikol Pashinyan gave an interview to Petros Ghazaryan aired on Public TV, during which he referred to the judicial system, Nagorno Karabakh conflict, the improvement of life quality of people following the revolution and so on.

ARMENPRESS reports in the preview of the program the PM mentioned that the authorities want an independent judicial system.

Referring to the issue of hate speech, Pahsinyan noted that the authorities have not waged a hate propaganda, but they are the victim of that propaganda.

Speaking about Nagorno Karabakh conflict, PM Pashinyan said, “If there is a proposal for an equally effective tool to ensure security, that proposal should be defined, after which the Armenian people will discuss it”.

To the question I people’s lives have improved after the revolution, Nikol Pashinyan answered, “I will bring an example. What could a citizen of Armenia spend 50 Euros on 3 years ago? Now he can go to Rome and come back”.

The PM’s interview will be broadcasted at 22:00.