Russia, Turkey and Iran working to agree on date for Syria summit 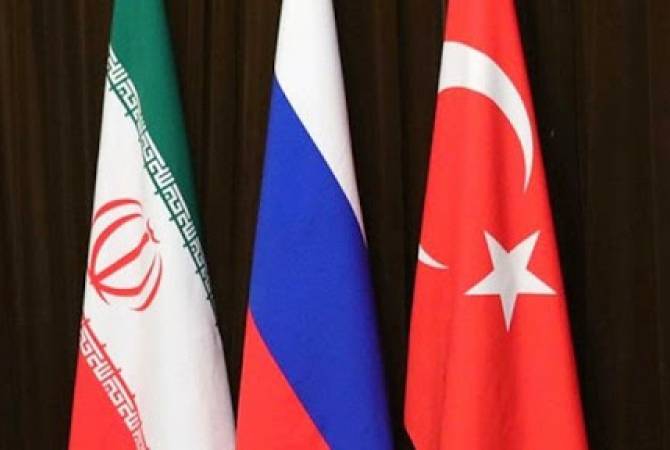 
YEREVAN, FEBRUARY 20, ARMENPRESS. The representatives of Turkey, Russia and Iran are working on coordinating the date for the trilateral summit on the Syrian settlement process, the Turkish foreign ministry told TASS.

“The parties are working to agree on the date for the summit. As soon as an agreement between the three countries is reached, the date of the summit will be announced to the public”, the ministry said.

Russian Presidential Envoy for the Middle East and Africa and Deputy Foreign Minister Mikhail Bogdanov earlier told TASS that a trilateral Russian-Iranian-Turkish summit could be held in Tehran in early March, if the Turkish leadership agreed.

The previous, the fifth in a row, trilateral meeting between the presidents of the countries acting as guarantors of the Astana process to promote a peaceful settlement in Syria took place in Ankara in September 2019.