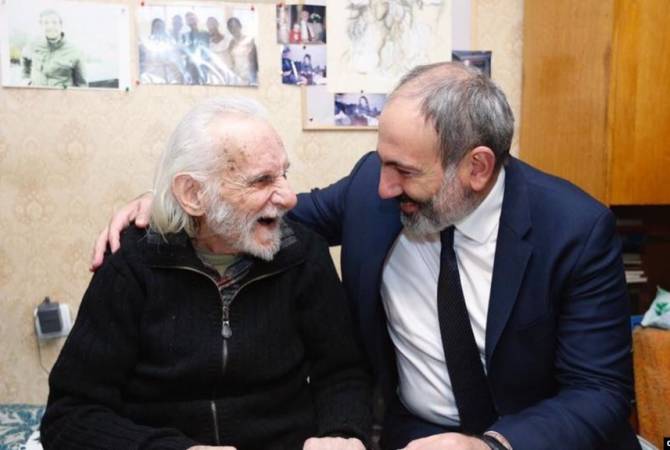 “With a deep sorrow I learnt about the death of our renowned artist Yervand Manaryan.

Yervand Manaryan was a wonderful people’s artist whose characters enriched the Armenian cinematography and captured an unforgettable place in the heart of the Armenian audience. He was a great actor, screenwriter, director and a teacher who enjoyed a great popular love and reputation.

In addition to being a great artist, Manaryan was also an active citizen of Armenia who for many years was acting from the positions of fight for justice by always expressing his clear stance.

The memory about the renowned artist, his creative and civilian activity will remain alive in the hearts of numerous generations of the Armenian people. On behalf of the whole Armenian people and myself personally I extend my deepest condolences to Yervand Manaryan’s relatives, friends and fans of his art”, reads the PM’s condolence letter.

People’s Artist of Armenia, actor Yervand Manaryan passed away at the age of 96.