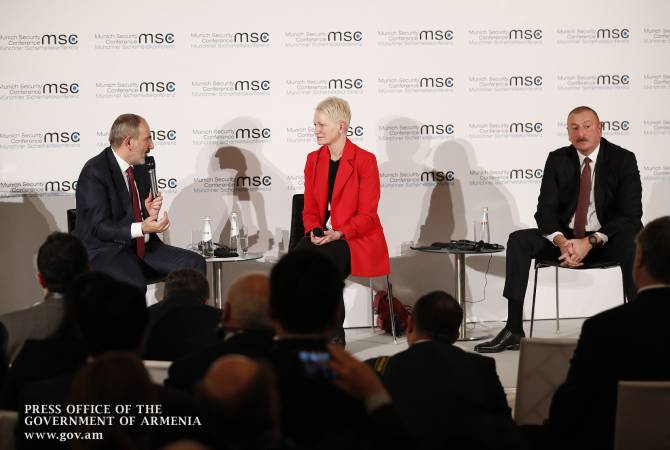 “Let’s focus on with what disdain Aliyev was speaking about self-determination. Until now, at least, we were seeing such cases at lower levels, while now Aliyev is announcing, that if Armenians want to self-determinate, in his words “for the second time”, they should “find other place”, and not as he put it “in Azerbaijan”.  With this statement, Ilham Aliyev factually once again reiterated their mentality, they need territories, in this case Karabakh, without Armenians, generally the region without Armenians,” Hovhannisyan said.

Taron Hovhannisyan said this approach is the Azerbaijanis’ policy which has entered the highest echelons.

“Basically Ilham Aliyev went to the meeting to make a show. He didn’t go there to present any agenda. We went there to make statements that don’t whatsoever relate to the settlement of the conflict. This means that Azerbaijan is not ready and doesn’t want to settle the Karabakh conflict, it simply wants to make shows and voice its thoughts under which the thesis of Karabakh without Armenians, and generally the region without Armenians is concealed,” Hovhannisyan said.