Armenian President meets with US Ambassador 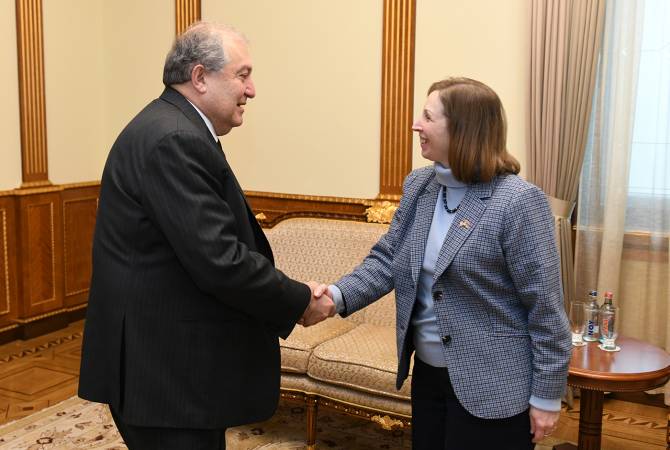 As ARMENPRESS was informed from the press service of the President’s Office, the interlocutors exchanged views on cooperation between Armenia and the USA in various spheres. Particularly, the sides assesses promising the spheres of modern technologies, particularly, the implementation of joint projects in the sphere of artificial intelligence. In this context, the sides referred to the possible cooperation in the sidelines of the president-initiated ATOM project, the goal of which is to transform Armenia into a leading country in the spheres of artificial intelligence and mathematical modeling.

During the meeting the Armenian President and the US Ambassador also exchanged views on the referendum for Constitutional changes scheduled on April 5.