Speaker of Parliament Ararat Mirzoyan is one of my best students, says Justice Felix Tokhyan 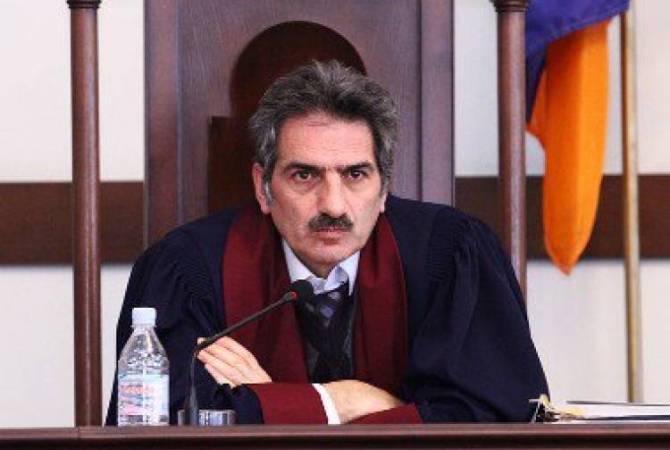 Justice Tokhyan said that he indeed had a meeting with Mirzoyan, but also with many others.

Asked if he met with Mirzoyan as the Speaker or as a former student of his, Tokhyan said both.  When asked if the early retirement plan for the top judges was discussed at the meeting, Tokhyan said it wasn’t.

Tokhyan also dismissed rumors about tensions or a crisis in the high court.

“There was no crisis neither when judge Vahe Grigoryan [took office] nor at any other time,” he said.

Voters are expected to decide in an April 5 referendum whether or not the incumbent Chairman of the Constitutional Court Hrayr Tovmasyan, as well as most other justices appointed under the previous constitution, should remain in office.

Tokhyan, 64, is serving as Constitutional Court judge since 1997.  He is the Head of the Department of Law at the Russian-Armenian University.