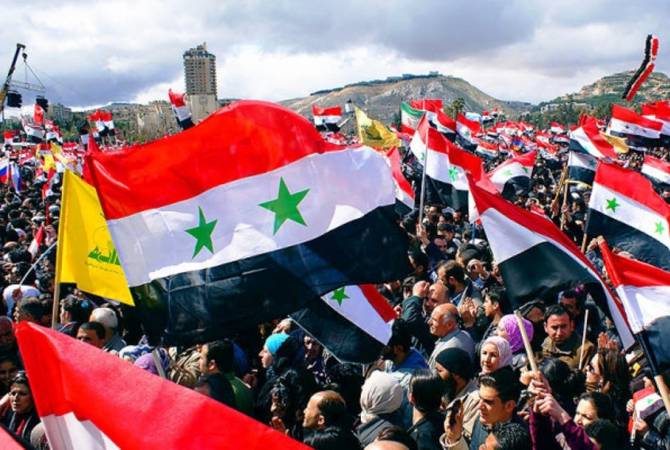 
YEREVAN, FEBRUARY 18, ARMENPRESS. Residents of the Syrian city of Aleppo are planning a mass celebration midday February 18 in the city’s central plaza in a gathering to show support and gratitude to the Syrian military, Syrian lawmaker Jirair Reisian told ARMENPRESS.

“Although Aleppo was generally liberated, there were areas which were being shelled by terrorist groups. That’s why the Aleppo airport wasn’t being opened. Today we can already joyfully note that these areas are also liberated. Aleppo can be declared to be a safe city. The people are in jubilation, and today at midday the Aleppo residents will gather in the central square to express their support and gratitude to the Syrian army,” Reisian, the Syrian-Armenian MP said.

Reisian emphasized that Aleppo was fully liberated from terror due to great efforts, coherent struggle and devotion.

The lawmaker noted that the people were very excited over the airport’s re-launch, due to its huge significance for the city.

President of Syria Bashar al-Assad addressed the residents of Aleppo, expressing gratitude and noting that they are victorious, according to Gandzasar newspaper.

“Aleppo preserved its historic unique trait. The Aleppines, being under siege, did not give up. They persistently worked and secured their living. The city, contrary to its disastrous condition, remained busy, having its contribution to the country’s economy with its modest capabilities. I am sure that this kind of struggle and resistance stems from patriotism. Aleppo must re-emerge from the ashes of war, rise up and assume leadership in the Syrian economy,” al-Assad said.

On February 17, the Syrian army command officially announced that the western and north-western villages of Aleppo are liberated after heavy battles against terrorist formations. Aleppo was declared to be a safe city.