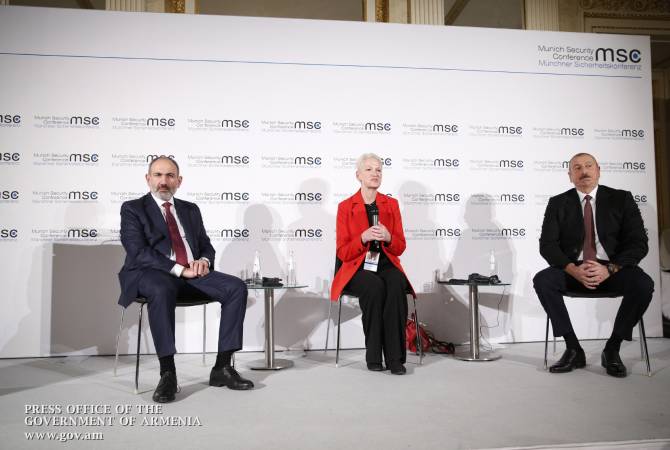 When Aliyev began his introductory remarks, at one point he said in an apparent faux-pas “more than 10 countries recognize the independence of Nagorno Karabakh”. Perhaps the blunder was caused by Aliyev’s nervousness since this was an unprecedented discussion. But this error would’ve gone unnoticed if not for the resolute efforts of the Azerbaijani news media to “make things right”.

AZERTAC has turned to re-voicing, or dubbing if you will, Aliyev’s words, particularly the part “the independence of Nagorno Karabakh”, and switched the words with Aliyev saying “genocide of Khojaly”. The voice is even so similar to Aliyev’s that presumably it was taken from an earlier audio recording of the Azerbaijani president mentioning those words. And so, after turning a blind eye on journalistic ethics, AZERTAC’s edited version of Aliyev’s MSC speech became “more than 10 countries recognized the genocide of Khojaly”, something he didn’t say, something that did not happen.